There was no smell of sulfur at last week’s Summit of the Americas. Venezeula’s El Thugo, Hugo Chavez, missed George Bush and his after-shave scent of Satan. Instead, he got a whiff of Obamaman, a strong, confident, clean smell exuding strength and honesty of character. Obama was confident enough to shake the little wwf wrestler-dictator’s hammy hand…a gesture that said to the world…yo, dude, you don’t scare us. Bunker Boi Dick, “The Dick” Cheney, self-proclaimed president-in-exile, condemned “The Handshake” as a sign of jimmycarter-style weakness. As opposed to Bush-Cheney-style weakness and insecurity that demanded a captured terrorist be water-board tortured six times a day for 30 days. Torturing prisoners is Cheney’s standard of a strong nation. Shaking the hand of an opponent is weakness in his tortured mind. Phew, what’s that odor coming from the Dick’s bunker in Hell? 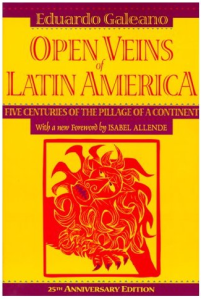 Must read book of the week: #2 seller on Amazon.com:
The Open Veins of Latin America…five centuries of the pillage of a continent..by Eduardo Galeano. Presented to President Obama by Hugo Chavez.

3 thoughts on “Hugo, Obama, and the Dick”