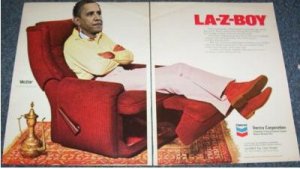 President Obama is being criticized for working too hard. He’s trying to do too much…trying to do too many things…like trying to save America. One day he’s passing and signing a stimulus bill to save and create jobs. Then he’s trying to get health care for all Americans. Next he’s trying to stop global warming, then reform education spending and then make the rich pay more taxes. Today he signed a bill that was Bush’s responsibility last October to keep the government running. WTF’s what’s wrong with this guy, anyway? After two terms of Bush’s nonadministration, a reign that saw the not-present-dent literally on-vacation for almost half his eight years, we now have a President who wants to earn his pay by working. As a teenager I once worked as a gopher on a construction site and got chewed-out by a boss for doing my little pick-things-up job too fast. “Hey, kid, slow the fcuk down, you making us look bad…we gotta make this job last,” he advised none too kindly. Maybe that’s Obama’s problem. The nation got used to a lazy President. “Slow down, Barack, making us look bad,” say the Repoobs.