In flagrante delicto… At last caught in the act… The elusive Michigan VompuSucus (Latin: sphincterclinchtus horriblis). I photographed this rarest of beasts up against a hillside hemlock tree at my Michigan cottage on a recent early morning. Only a few sightings of this beast have ever been witnessed. Native American legend says the VompuSucus has few if any predators and is known as the sworn enemy of the wolverine. It has been known to creep through dune grass at night and work its way silently thru spreading myrtle to pounce on unsuspecting victims. When not feasting on the internal organs of its victims “Vompy” will chow down on hosta  plants. 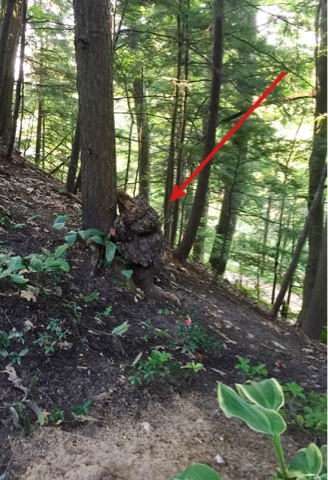